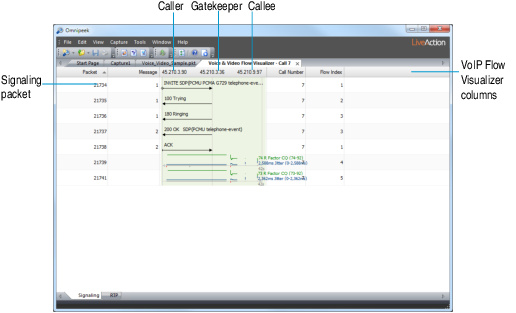 • Nodes: Each node participating in the call gets a vertical line, with the caller usually on the left, the gatekeeper in the middle, and callee on the right.
• Signaling packets:
• Each signaling packet appears as a black horizontal arrow, with a summary above the arrow:

• Packets that start a call (such as SIP INVITE packets) start with a small diamond:

• Packets that usually mean the end of call setup (such as SIP ACK packets) start with a small bar. The time between these two packets is the call setup time. 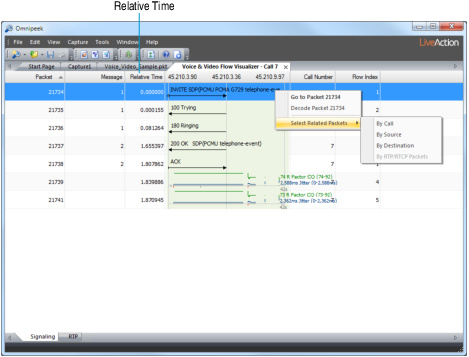 For a complete list and description of Voice & Video Flow Visualizer columns, see Voice & Video Flow Visualizer columns.
• Right-click options:
• Go To Packet: Show a selected packet in the Packets view and bring Packets view to front.
• Decode Packet: Open a decode window for the selected packet.
• Select Related Packets:
• By Call: All signaling, media, and media control packets for the selected call
• By Source: All packets to or from the source IP address.
• By Destination: All packets to or from the destination IP address.
• By RTP/RTCP Packets: All packets in the RTP/RTCP row.
See Selecting related packets for more information about using this feature.
• Call background color: Each call gets its own background color in the bounce diagram, making it possible to follow several simultaneous calls within a single window: 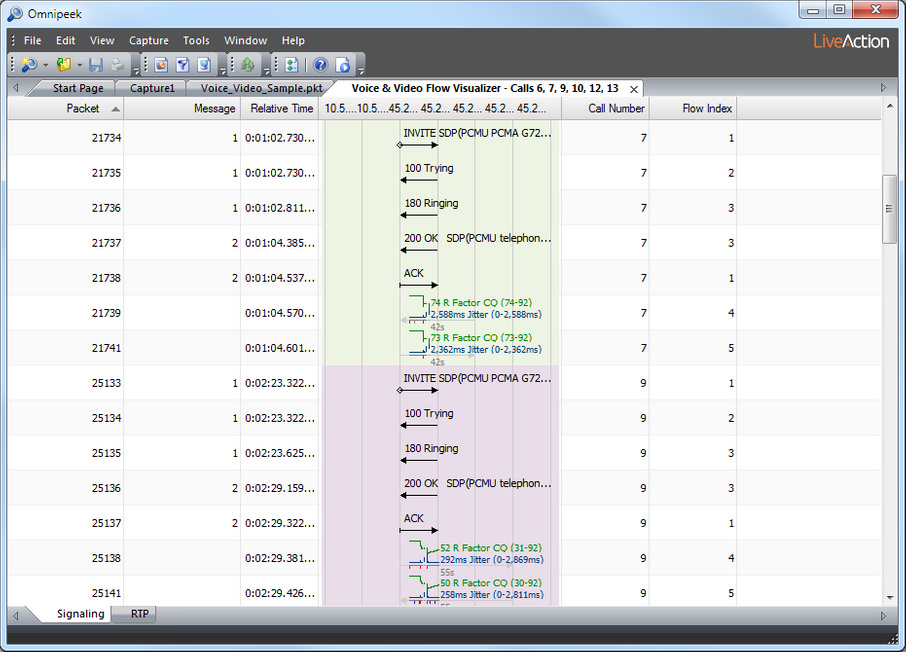 RTP/RTCP Rows
The media or voice streams (RTP/RTCP packets) within a call display in the Signaling tab as rows progressing through time, with the first packet in the row at the left to the last packet at the right. Since most calls are bidirectional, a pair of rows often appears with one row for each direction.
The parts of the RTP/RTCP media packets in a bidirectional call are identified below. 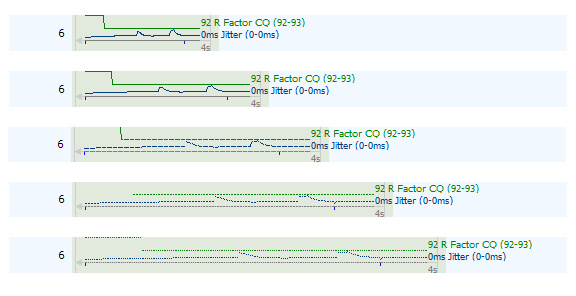 RTP tab
The RTP tab of the Voice & Video Flow Visualizer window displays jitter (ms) and quality graphs of the selected calls in the Call or Media views. The legend in each of the graphs displays a unique Flow Index followed by the SSRC for the call (for example 3: 3809DA54). 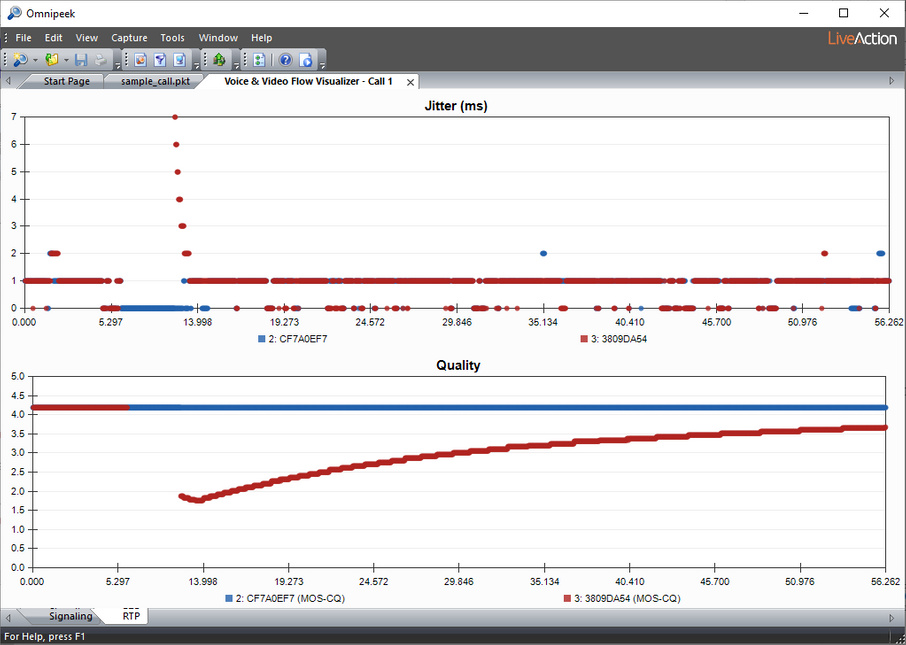